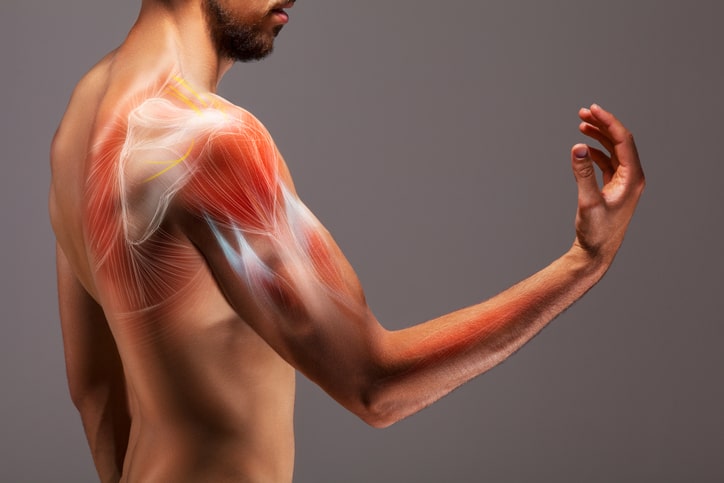 An injury to the tendon in the biceps, such as a tear or inflammation, requires treatment to repair. You may be a candidate for two procedures that can address issues with the long head’s tendon.

First, your doctor will recommend conservative treatments, such as physical therapy, anti-inflammatories and corticosteroid injections. But if the pain persists, your surgeon will discuss other options with you. The right treatment often depends on what the surgeon finds during surgery, such as the type of tear and the patient’s general health. It could be biceps tenodesis or tenotomy.

What Is Bicep Tenodesis?

During a bicep tenodesis, the surgeon severs the bicep tendon from the glenoid and sutures it to the humerus. The procedure is often used for younger patients, and it has a lower chance of developing what’s called a Popeye deformity. This issue occurs when the top of the bicep flattens, and the muscle underneath looks fuller.

What to Expect After Bicep Tenodesis

After a bicep tenodesis, it takes up to three months for you to feel better, at which point you can resume all strenuous activities. Surgeons watch for sutures to fall out and the tendon to fall loose, which is the most serious post-surgery complication.

How long are you in a sling after bicep tenodesis? Usually you have to wear it for four to six weeks, though the timeline varies based on your health and whether you develop any complications during your recovery.

What Is a Bicep Tenotomy?

Biceps tenotomy consists of finding where the bicep’s long head attaches at the end of the glenoid and cutting off that tendon, allowing it to hang along the arm. The treatment can reduce pain and won’t compromise the stability of the shoulder.

What to Expect After Bicep Tenotomy

Some patients develop the aforementioned Popeye deformity following the procedure. Repetitive motion following a bicep tenotomy can also lead to muscle spasms. But many patients don’t experience these symptoms and enjoy a normal range of motion for the bicep.

Bicep tenotomy has a shorter recovery time than biceps tenodesis because it does not involve a reattachment. It also has a lower risk of complications, such as infection. You may feel muscle cramps after a bicep tenotomy.

Most studies have shown no significant differences in outcomes for patients who underwent bicep tenodesis vs. tenotomy. Outcomes are similar, save for the chance of developing the Popeye deformity. Because there are few differences, the decision of whether to undergo tenodesis or tenotomy depends mostly on the preference of your surgeon and what you feel most comfortable with.

Learn More About Your Treatment Options

Are you ready to find relief from persistent bicep pain? You can discuss the options with your surgeon and ask for their recommendation. Contact us today to learn more about these two effective procedures for treating your bicep issues. Make an appointment to get started.